I love Ben Milton's games KNAVE and MAZE RATS. They're both available on DriveThurRPG and well worth the purchase. Ben Milton talks about both these games on his great blog Questing Beast.

I have run games with both systems, and I wanted to put together a hack that took my favourite parts from each of them—mainly the 2d6 rolls from Maze Rats and the Item Slots/Magic-as-Spell Items concepts from Knave. I was also going to be running a game for a group of brand new players who had never played an RPG, so I wanted to format the game onto one page with clear writing explaining the simple rules.

This ruleset alone is not enough to run a game of Maze Knaves. I used a separate list of pre-generated character backgrounds tailored to my setting (far-future post-apocalyptic science-fantasy Mars) with Ability Scores of +2/+1/+0 and a handful of pieces of starting equipment. I also used a separate price sheet of extra gear for my PCs to purchase, a separate spell list (basically just the levelless spells from Knave), and a quick dungeon of my own devising. I also think that these rules might not quite make sense unless somebody is there to explain things and answer questions—but that's the price you pay for one page!

Here is the PDF hosted on my google drive. 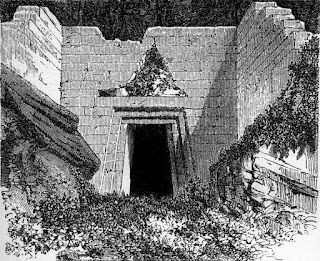 EDIT (to provide a source which provided much of my inspiration):

Dungeons and Possums has collected a great number of Knave resources, including multiple hacks which inspired me to do my own.