Click here to see all the other sessions' play reports, as well as my blog post series on my full dungeon writing process for Slime Baroness and the Lady of Unterbranch Keep.

This session, my two players (a butcher warrior and a potentially-homeless garden wizard) headed down to the main level of Unterbranch Keep, got into a couple scuffles, went back and forth between the village to sell some treasure, and left a hireling to die after being struck in the neck by some flying pots and pans.

You may have read my series documenting my full dungeon process, the results of which were the mid-size dungeon 'Slime Baroness and the Lady of Unterbranch Keep.'

I am now running two friends through this dungeon, and so far we're having lots of fun!

**Update: click here to see the other session reports. **

Here are some highlights from play so far, including some reflections on my dungeon design and the formatting/processes:

A Bestiary for Penrod, Volume II.

Read Volume I. here
The year of our beloved Princess Pippa's 80th birthday I spent travelling deep in the unnamed glacial valleys south of the infamous Giant Glacier valleys. Their southern cousins evoke far less awe in the populace but are no less dangerous, and in this writer's humble opinion are teeming with tens if not dozens more beasts fantastic. I had heard from a orphan child that in one valley there lay the ruins of a city from the ancient empire, and that is where I began my exploration. From there my journey spiralled outwards, where I witnessed such monsters and creatures as you would hardly believe. 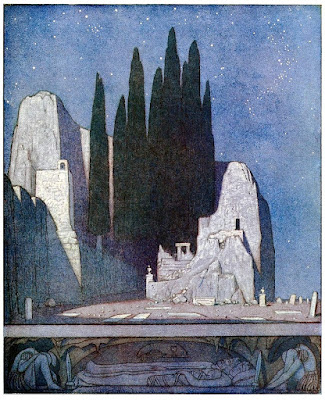 Every schoolchild knows that the citizens of the ancient empire were fond of eating fried locusts, which they brought with them from Vesperey and farmed in long, low warehouses, and which street vendors sold from a huge iron skillet set over a fire pit. When politics or the plague (some historians argue both) collapsed the empire, the orphaned imperials brought the locusts back to Vesperey with them. But these locusts left behind their ghosts.

A plague ghost locust crier is the long-dead mad memory of a street vendor, and his ten thousand locust ghosts. The crier desperately wants customers, and the locusts—unable to eat for a thousand years—will try to consume all organic matter in their path.

The crier floats slowly along, droning their sales pitch in the ancient tongue. When I came across the vendor in the wide boulevard of the city that I had been told about by the orphan, I was accosted with a desperate plea to purchase. Within a few moments, a swarm of ghost locusts followed, ravenous. I was lucky to escape with my life; not so lucky was my pack mule. I hope he is resting peacefully.

In Piz there is a lead mine, which produces most of the lead in the region, mostly used to seal stained glass windows and to serve as witch's pots. When I was invited to dine with the owner of the mine, she told me that workers too long at the job sometimes get lead-sick: abdominal pain, sheen and pallor, loss of memory, delusions, and blue gums. Most of the time the workers take the first appearance of symptoms as a sign that they should retire, and they do so, without severance.
Some stubborn miners try to hide their sickness, the proprietress told me as we delicately supped on sky-quail eggs, and they fight through the cramped stomach, cold sweats, and gritted teeth showing blue gums. When the delusions inevitably turn violent and the illness revealed, the other miners trap the lead-sick miner in the mine and seal off the top, leaving them alone to die of thirst, starvation, or madness. After a few weeks the mine is unsealed and their dead body is removed and buried.
But in rare cases, she whispered, the mine has been unsealed and the sick miner has disappeared. The oldest workers, who have seen this happen, tell her that the lead-sick miner has delved deeper into the earth, even as their sickness grows. The lead now sustains them, their gums, tongue, lips, and eyes all turned blue, their bodies swelled and contorted, their teeth and fingernails coated in lead sheaths. When I visited the mine an elder foreman showed me a disused tunnel where I swear we spotted one such lead-dead, slinking by at the end of the tunnel, licking lead flakes off the wall, and desiring revenge on the comrades who locked them away.
Lead-Dead
Read more »
at September 05, 2021 1 comment: